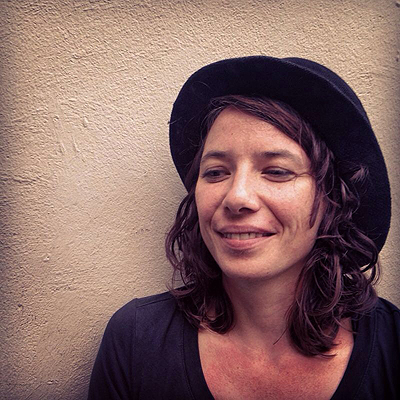 Tell us a little about yourself. Where you are from, how you got into being a writer etc.

Oh, this could fill pages

No, indeed it’s quite simple…I’m from a smaller town in South Germany and indeed I always fancied writing and telling storys. But I never thought it would happen that I make them up. Moreover everybody told me to stop dreaming. So, I focused on studying literature, linguistics, media and communication sciences. As you could imagine, also not the best choice to find a job afterwards. But during my time at university I met some filmmaking people and so I started working on set. And I fell in love with the silly idea of going to Berlin and working for cinema productions. Also, not the best idea – Berlin is kind of overcrowded with filmmaking people. So I had no job, no perspective and I thought: okay, there is nothing to lose and I gave myself like half a year of trying the impossible storytelling thing. I applied for every kind of writing work and internship and got a job in a little company which develops plots for TV-Shows. As it happened my boss was working for a well know TV-Show and after some months he asked me to apply there. So I found my way to daily soaps. It was not cinema, but I loved it from the first moment…

How long have you been writing for GZSZ? And how did you come to be there?

We know that one of the other writers originally helped create the character of Anni Brehme, but did you have any input into her creation or into her development?

Creating characters is always teamwork. In the beginning we mostly have just a vague idea, then everybody throws in their ideas, we discuss, argue, fight, fall in love with something and agree on one idea. That other writer was deeply involved in creating the main idea of Anni, but in the end the character got something from many writers who dealt with her.

How many of you write for the Anni / Jasmin storyline? And how does it all work? (ie how is everything structured? Are you assigned to write certain things etc? Is it always the same people who write for them, or different?)

Uhhh…where to start? We work in a writers room, that is a team of 5 to 8 writers. Everybody is working on every story that is on GZSZ. We make up the storys together and write them down. Of course, there a characters or storys which some writers prefer or in which they are more involved because of their experience, characters and talents. But in the end its team work! (Of course it’s not always the same people – we have holidays or write on our own projects as well).

Mostly this is also done by the team. Three times a year we all meet to make up future storylines. We discuss a lot, agree on basic ideas of where a story should go and then we go apart in little teams to create the details. And yes, the network has an impact on this – in the end, they pay for it all

And we are writing for a daily soap. So there is a given way of story editing which we depend on. So, there is freedom but it’s also a job to fulfil.

Where do you draw your inspiration from to write?

Have you ever written anything into the storyline that has happened to you in real life?

Take us through a typical day in the writers room.

I’m not sure you wanna know about this

So to keep it short and simple: its chaotic. We focus on one story, discuss, talk without listening to each other, talk while listening to each other, laugh, write down abstract points we agree on, discuss, laugh, argue, make up scenes and dialogues, eat tons of chocolate, discuss and write again, have smoking and coffee breaks, feel like real nerds who need their life back because its like 8 o’clock in the evening, the sun is down and we have been talking and writing for 10 hours…

Have you ever had to write anything you didn’t agree with? If so, how did you deal with that?

Sometimes, yes. I try to make the best out of it and find a way to come to the story from a point of view or an emotion I can deal with or I know. And then hoping that the audience start to discuss… You know, my job is not about telling the “right” thing or only things that I agree with. There are so many ideas and things in this world I do not agree with, but they are there. I decided maybe it’s better to find a way or an idea to deal with things like this and make some people think. I know it’s not always possible but at least one could or should try. Even if it doesn’t work out in the end…

Do you or any of the other writers ever go online to read what the fans think about your storylines? And if so, does it impact the storylines in any way?

We do. We need feedback

And indeed, it sometimes has influence on the storylines when we see that ideas are not working out. But as our work is done four months before stories are on screen we mainly rely on the producers and the network. And on ourselves

Who is your most favourite character to write for?

Last year my favourite writer’s moment of the year was the perfect present that was the chlorine water that Jasmin gave to Anni that convinces her to stay. Do you know how that idea came about? It couldn’t have been more perfect. Also do you have a favourite moment from last year?

My favourite moment? Hard question because sometimes I had them in my mind but then they didn’t look and feel like this. Maybe the swimming pool…

What are some of your favourite TV shows?

…so the usual suspects

If you could be a writer on any other show (past or present) what would it be?

Skins – would have loved to go back into my fucking teenage days. Breaking Bad – the story is great! And Vince Gilligan is a genius I really would like to work with. The L Word – because it was ambitious and to meet Jennifer Beals and Leisha Hailey

Is there anything you can tell us about the upcoming year for Anni / Jasmin? What sorts of general things we can expect to see?