All spoilers from: TVinfo / Prisma / RTL

Anni backflips
Anni struggles at first against her re-ignited feelings for Jasmin and thinks that her reaction is only sentimental, because they have a past. But when she goes with Jasmin to the scrap yard to say goodbye to her beloved car, Anni can’t fight it any longer… 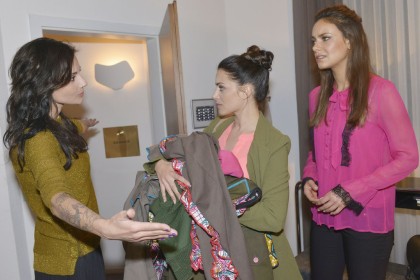 Anni, acting on behalf of Jasmin, puts Emily in her place 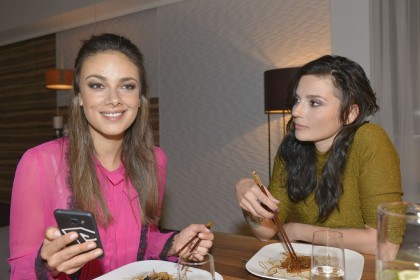 Anni gives Jasmin courage for her future, but secretly fights against her re-ignited feelings…

Jasmin wants to escape Anni’s feelings
Anni tries to downplay the kiss in front of Jasmin. But Jasmin still suspects that Anni has feelings for her again. In order to avoid adding fuel to the fire, Jasmin distances herself – but Anni is hurt… 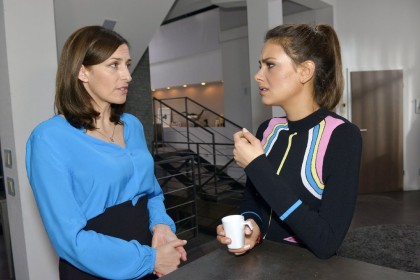 Katrin senses that Jasmin is emotionally overwhelmed by the developments 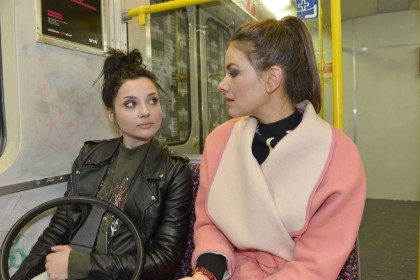 Anni makes every effort to downplay the kiss. But Jasmin still suspects that Anni has feelings for her again…

Emily and Jasmin finish their collaboration
Emily is of the opinion that she no longer needs Jasmin. After an argument, in which Emily injures Jasmin deliberately, she presents her with a dissolution contract. However, when Emily attends the next important meeting with Citystyle alone, she bitterly realizes how much she is dependent on Jasmin. But at precisely this moment Jasmin’s name is removed with the dissolution contract.

Emily is dependent on Jasmin
Emily is faced with a problem: she has thrown Jasmin out of Tussi Attack, but now has problems finding a designer to implement the changes desired by Citystyle. It quickly becomes clear: without Jasmin it does not work. So Emily goes to see Jasmin with her tail between her legs – however, as always, her pride gets in the way. 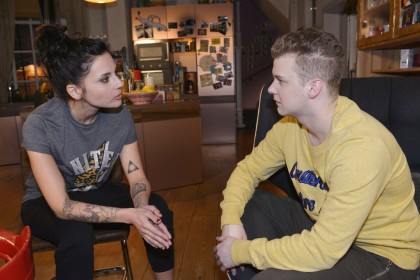 Anni hopes that Jonas will soon move out of the WG, especially since Paul is returning

Jasmins and Emily’s relationship is extremely fragile
After talking to Sophie, Emily is clear that she must ask Jasmin for help to replace the ruined dress. Paul also takes the courage and tells her to apologize. Emily struggles with this and is pleasantly surprised: Jasmin has fixed the dress because Sophie asked for her help. Emily’s presentation at CityStyle is saved – but not her friendship with Jasmin…

Anni questions her feelings for Jasmin
After the kiss at the scrap yard, Anni tries to avoid Jasmin as much as possible. For her, it’s clear how much Jasmin means to her. When their friends spend a nice evening in the apartment with Jasmin, Anni has no choice but to participate. But she overestimates herself…

Anni goes all in
Anni stands by her feelings for Jasmin, but notices that her love confession weighs heavily on the mood. So Anni is relieved that she can release the tension by jokingly pretending that she can’t get Jasmin out of her head because she had the best sex of her life with her. When Jasmin agrees, sparks fly between them and Anni feels encouraged to give in to her attraction one last time… 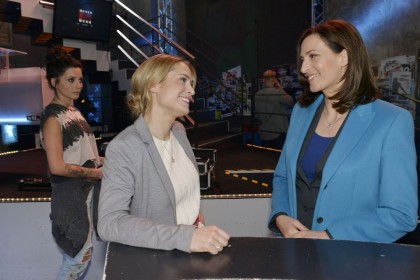 Anni wants to get past herself
Anni is affected when she finds out that Jasmin’s new job is really taking off. Katrin advises her to be happy for Jasmin, even if it hurts. Anni unhappily agrees with her and spontaneously accompanies Katrin to buy a gift for Jasmin. Anni, however, concludes that Jasmin would be much happier with a party. Katrin agrees and the two begin to plan… 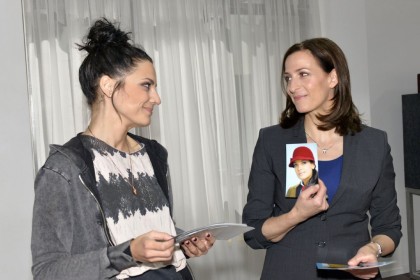 Katrin advises Anni to look forward for Jasmin, even if she has to get past herself

Familiar feelings arise in Jasmin and Anni
Anni confessed her feelings for Jasmin before her departure and received a clear rejection. So she wants to withdraw when Jasmin is back in Berlin. When Anni notices that Jasmin isn’t feeling well and she needs a distraction, she gets past herself and goes partying with her the whole night. Soon the old intimacy is back. To protect her heart, Anni wants to put a final stop to it but then Jasmin makes a surprising confession… 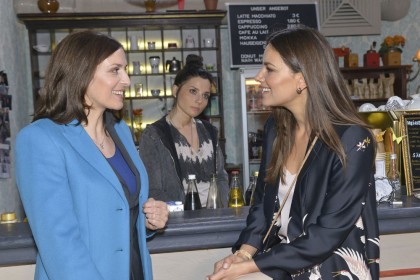 Katrin doesn’t think much of Jasmin and Anni getting closer again
Anni pushes her gut feeling away and wants to listen to her heart when Jasmin confesses to her that she has feelings for her again. That Jasmin even wants to cancel her new job because of her, Anni pushes aside. In the end, it’s only Jasmin’s decision. Katrin has a different view and confronts Anni with a painful truth… 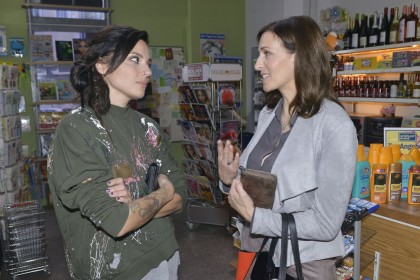 It hits Anni when Katrin questions Jasmin’s feelings for her

Anni doesn’t want to let go of Jasmin
Anni doesn’t let Katrin’s hurtful words get to her and she feels confirmed when Jasmin assures her of her love. Anni doesn’t realise that Jasmin hasn’t made a final decision about whether she will take the new job yet… 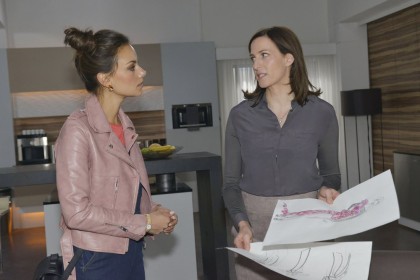 Will Jasmin go back to Tussi Attack?
Emily misses her friend Jasmin and is baffled when she learns that Jasmin has refused the job. Even if Emily pushes away the thought of Jasmin coming back to Tussi Attack, she can’t let the idea go. A while ago Emily hired a new designer and she can’t just fire her like that. Or can she? 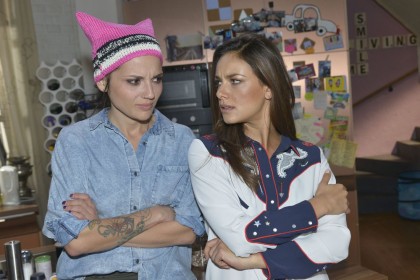 Suspicious evidence is left in the WG  that leads to wild speculations from Anni and Jasmin: Tuner and Lilly, can that be? 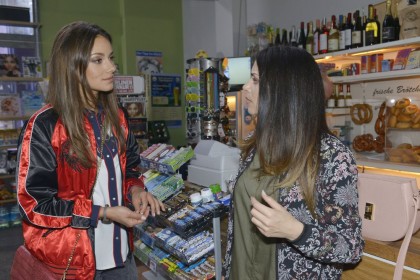 For a moment, the old friendship re-ignites between Emily and Jasmin