Jasmin Flemming (previously also Jasmin Nowak and Jasmin Le Roy) first appeared on GZSZ in early 2008. She grew up in an adoptive family in which she was sexually abused by her adoptive father. When she first arrives in Berlin, she meets a woman who she thinks is her sister, Katrin Flemming, but who turns out to be her mother instead. They have had a rocky relationship since, but Katrin always pushes Jasmin and motivates her to hold on to her career aspirations.

Because of her difficult past Jasmin often struggles with her own self-confidence and self-respect. A lot of the time, especially before she met Anni, she was looking for attention from others to make her feel better about herself. This saw her make plenty of mistakes without considering the consequences. Jasmin is an impulsive, loyal and caring young woman, who can be pretty naive sometimes but she also is a fighter who won’t give up easily on the things that really matter to her. Born when Katrin was just 16/17. Katrin’s mother pretends to be Jasmin’s mother to get money for Jasmin

Age 3 – Katrin leaves Jasmin behind and calls child services. Jasmin is adopted by the Nowak’s
Age 14 – Jasmin’s adoptive father starts to abuse her sexually
Age 16 – Adoptive father rapes Jasmin, she runs away and tells social services that she wants to go back & live with her real mother again (who was in fact her grandmother & an alcoholic) / Jasmin gets an apprenticeship as a seamstress
Age 17-18 – Jasmin’s “mother” dies (grandmother)
Age 20 – Jasmin comes to Berlin 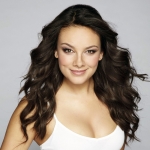 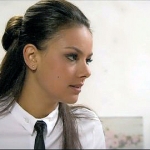