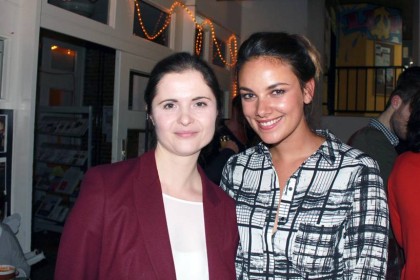 Since the beginning of 2008 Janina Uhse has been acting in the RTL series “GZSZ” in the role of Jasmine Le Roy (previously Jasmin Nowak and Flemming). Even as a child, the 24-year old, gained acting experience in the series “Die Kinder vom Alstertal”. Since November 2011 Janina Uhse has been volunteering as a patron of the of the association “Jungundjetzt eV” for children and adolescents.  We had previously reported here on the project of the association Jugendnotmail.de. As part of a charity campaign, jugendnotmail.de currently collects money for the much-needed update of the advisory platform. At the charity event last week, I met Janina Uhse and had the opportunity to talk with her ​​about her support.

Where did you get your motivation for your collaboration with the association jungundjetzt eV?

Janina Uhse: My character of Jasmin in the series, is sexually abused by her stepfather. As a result of this story I have received many letters from fans of the series who asked me for help because they were in a similar situation. Younger fans may often not be able to differentiate between me as a real person and my role and think I can help them. But I’m not a psychologist and I know the limits of my skills. My “series mother” Ulrike Frank told me about her commitment to jugendnotmail.de and jungundjetzt eV, and I took over her patronage of the club three years ago. So that I could forward the requests of my fans to the professionally trained consultants at jugendnotmail.de in good conscience. The psychologist and social educators process anonymously and confidentially each request here.

How do you support the club?

First I try to repeatedly point to the club and to attract sponsors. As a patron, I collect money regularly, for example in the cooking arena on VOX. Or I appear at autograph signings, and the organizers will make a donation to jugendnotmail.de rather than paying me a fee.

Are there any concrete plans for 2014 that you can already tell us?

One should keep a close eye on our Facebook page. We have many plans we’ll announce there as well. We will use social media to a greater extent in the future and the club will hire more people for the team. And we will continue to expand on the cooperation with the Children’s Fund.

How much money is needed to be collected at the moment?

The consultation platform of jugendnotmail.de is now 13 years old. Since the beginning of 2013 we have seen a strong increase in emails, so the team can no longer cope with the onslaught in the 24hrs of allotted time. We will increase the team up to 80-100 consultants. And when we go online, we have ten new email requests daily. Our advisors are sitting spread out all over Germany and everyone takes personal care of their cases, even old cases will continue to be served by the same person. Thus everyone seeking advice always has a contact person. That is a huge logistical effort which the current platform can’t hold up any more. We also want to set up a chat for faster and more complex communication. For all this, we need a total of 45,000 Euros. We already have 26,000 Euros.

Would you have liked such a possibility when you were a teenager?

For friends of mine for sure! Some people in my circle unfortunately sought other outlets for their problems. I myself had fortunately no serious problems, but also for the little “emergencies” as we all had as a teenager, I would have back then so desired the possibility of anonymous, easy and free advice. And I am very glad that there is this project today.

Thanks for the interview!

Here you can get more information about the club jungundjetzt eV and jugendnotmail.de. Donations can be made ​​via this site . According to the latest reports, not only will the consultation platform be reprogrammed, but also a relaunch of the websites jugendnotmail and jungundjetzt.de will be implemented to better reflect the spirit of the youth. 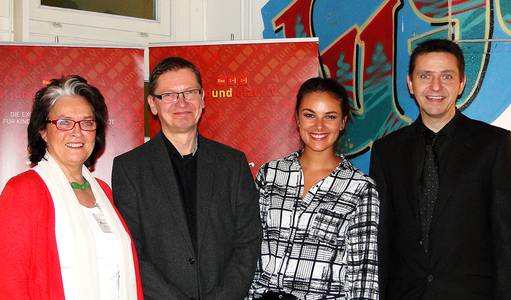