SUPERSTAR JANINA UHSE: SUCCESSFUL AT RTL & SOON THE CINEMA TOO!

More pictures at the bottom

In GZSZ she became an adult. Since her 18th birthday Janina Uhse plays (born 2 October 1989 in Husum) in Germany’s most successful daily soap “Good Times, Bad Times” under contract. There, the actress and TV-beauty, plays the role of “Jasmin”. But that’s not all. Janina Uhse is a brand ambassador for Seat and Triumph, a successful blogger and will now be seen on the cinema screen. What Uhse has done during her GZSZ break and much more, the all-rounder now reveals in an interview with RTL.

How long have you now been at GZSZ?
I started shooting at GZSZ on my 18th birthday. This is now already an incredible 7 years ago. I’ve just signed on for 2 more years. It still gives me a lot of fun, the stories are great and I can show many facets of myself every day.

How is everything with your role now?
There will probably be a new person coming into Jasmin’s life who will turn her head. I won’t reveal any more. Stay tuned! (Laughs)

Does Anni get another chance?
Anni has hurt Jasmin very much and I think a lot of things need to happen before the two of them can find each other again. But who knows, maybe Anni is indeed a fighter and gets Jasmin back (laughs). Everything is open and possible.

You are travelling a lot and everywhere. How do you keep yourself fit?
Eating a regular healthy diet, drinking plenty of water and getting enough sleep are my formula for success when it comes to fitness and relaxation.

How do you relax?
In the summer I like to ride out to the lake, grab a book and a blanket and there you go.

How’s your Youtube channel? What is there to see?
It’s great to see how quickly my channel has grown. I have over 100,000 subscribers and the community is growing day by day. I give you a glimpse into my life and also deal with nutrition, my great passion; fashion, beauty and lifestyle.

You are also the brand ambassador for Triumph, a lingerie label. What does that mean?
I represent the brand to the outside, for example via social media and I show my community which is suitable for which styles as I combine sweet lace bras and underwear. There will also be a great and extravagant shoot later this year, which I’m really looking forward to now.

What news is there of Janina Uhse?
Recently during my GZSZ break I had the last day of shooting for the movie “Cro – Don’t believe the hype”. The filming was amazingly good fun and I look forward to seeing the end result in 2016 in the cinema. The rest remains a secret! (Laughs) 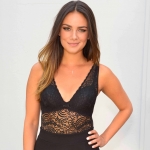 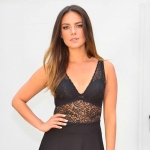 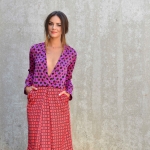 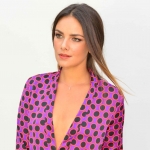 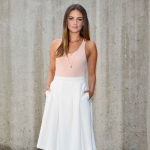 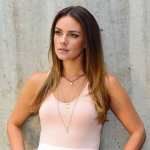